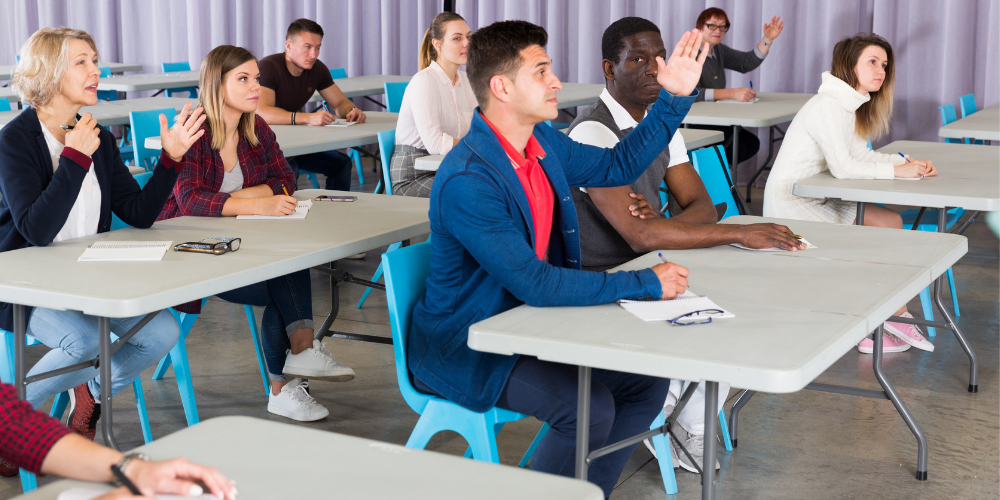 GMAT measures an applicant’s grip over grammar, data analysis, and algebra, among many other aspects. It analyses your critical thinking, evaluation, and ability to solve problems.

The verbal section in the grammar portion of the GMAT exam makes up about a third of the verbal section which is about 36 questions in total and sentence correction is an important part of the section.

Sentence correction questions on the GMAT exam require you to select the answer choice that will make the sentence grammatically correct, concise and logical. Most questions will test you on more than one of these factors at a time.

The GMAT grammar is based on specific rules even though colloquial might sound a little different. It is important to learn each of the grammar rules tested by the exam.

Sentence correction GMAT rules questions always contain some misplaced words or phrases that describe some other parts of the sentence like, “My mother, the doctor, is going to visit her patient.” Misplaced modifiers are the most common types of errors asked in the GMAT verbal section. The questions or phrases are mostly misplaced, illogically placed or describes some incorrect words.

Sentence correction GMAT rules questions frequently cover verb-subject compatibility errors. The nature and subject of the sentence must match the verb. A singular subject has to tag along with a singular verb. A plural matter has to be tagged along with the plural verb.

Sentence correction GMAT rules comprise most phrases that involve certain statements. For example, “indulging in illegal activities is if to sign”. GMAT sentence correction is more than correcting grammatical mistakes, it involves sentence creation that is idiomatically correct as well.

Sentence Correction GMAT rules contain questions that mostly test your verb tenses the basics of past, present, and future. These sentences inform us about some action taking place or will take place. For example, by the time the pizza arrived, he slept.

Sentence correction GMAT rules consist of questions that mention sentences with an illogical comparison, “Bob loves his TV, more than his wife”. Illogical comparison compares two unrelated things without meaning to produce a sentence that does not make sense or add up grammatically.

Get Free Consultation with Our Experts

Sentence correction GMAT rules questions comprise phrases that are used to measure critical thinking in terms of putting situations with countable and uncountable things like, many, more, few, some, any (countable with plural nouns). Uncountable things include the much, less amount with singular nouns.

Sentence correction GMAT rules consist of questions related to pairing and construction of sentences. Words or phrases that are always used together to give a similar meaning to the things compared like:

Not only that..but also

For example, the pandemic not only created havoc but also took away many lives.

The sentence correction GMAT rules consist of questions that apply for synonymous redundancy. The GMAT is particularly fond of redundancies involving increasing and decreasing.

Incorrect: Radio stations were initially established for the first time by radio equipment manufacturers and retailers who offered programs in order to sell more radios to consumers. It also consists of questions of two consecutive clauses that should not both contain conjunctions.

Correct: Radio stations were initially established by radio equipment manufacturers and retailers who offered programs in order to sell more radios to consumers.

11. Sentence Correction GMAT Rules: Whether vs. If vs. That

Sentence correction GMAT rules also apply for the use of whether to indicate uncertainty or to indicate/imply the presence of alternatives. With phrases involving “the question,” whether should always be used. That would be used when only one possibility is presented.

Incorrect: The country’s court is examining allegations of irregularities in the counting of postal ballots during the election, for it is already clear whether rules on when those ballots should be counted and processed were often broken.

Correct: The country’s court is examining allegations of irregularities in the counting of postal ballots during the election, for it is already clear that rules on when those ballots should be counted and processed were often broken.

That vs. of + gerund

Incorrect: Many athletes at the Olympic Trials insist of their avoiding all performance-enhancing substances but do not share the same confidence about the competition they could soon face.

Correct: Many athletes at the Olympic Trials insist that they avoid all performance-enhancing substances but do not share the same confidence about the competition they could soon face.

Look for any confusion in the sentences being asked. Have clarity if all the sentences or any other element of the statement seem correct. Justify whether the intended meaning is conveyed by the right response, or if the meaning is modified in a bad way. Is the overall message and sentence structure clear, or does it feel awkward? Get yourself clear with these questions while attempting the verbal section of the GMAT Exam.

Patience – Learning and implementing new information is a gradual process involving a specific timeline. Don’t try to get ahead of the game and learn it all at once. Learning is a gradual process. Before you can answer the most difficult Sentence Correction questions, you must go through a series of processes.

Comprehend First – While attempting the sentence correction section of the GMAT, it is important to comprehend first. Understanding the overall meaning of the sentence and what the author is attempting to convey is arguably an essential part of Sentence Correction questions, especially as they progress with complicated modifiers, clauses, parallelisms, and difficult-to-understand changes in meaning, etc. Overall, make sure you read for clarity first and then try to understand the content.

Be Attentive – It is important to minutely observe and attend to the details of the grammatical rules and the content of a phrase. This entails learning how to scan a line slowly and comparing two phrases for little features and details like an extra or missing ‘s’ or a comma.

Trust The Process – Often while attempting the Sentence Correction section of the GMAT questions we are in a hurry to solve the problems with limited observation and understanding based on their gut feeling or “ear.” This may work on certain occasions but will most likely fail you. The Work Order is built on a hierarchy of error types and teaches how to remove incorrect response options in a methodical manner (grammatical and logical errors before stylistic errors and ambiguity). You will only be able to master this section if you go according to the Work Order and follow it to the letter.

Idioms can be the most challenging part of the sentence correction section of the GMAT grammar questions. It’s important to learn about the most common idioms you’ll encounter on the test as part of your GMAT grammar practise routine so you can eliminate answer choices that use idioms incorrectly right away. Once you get familiar with them, answer options with incorrect idiomatic expressions speed up the process of elimination.

Particularly for a non-native English speaker, learning idioms can be a tricky aspect. Creating and studying with flashcards that include the meanings of idioms as well as examples of their proper usage can help you get through the GMAT idioms section.

The GMAT grammar practice session should include a review of the basics of grammar, including parts of speech, sentence structure, modifiers, verb tense, and pronoun usage. Princeton Review’s Grammar Smart includes an overview of many of the GMAT-relevant grammar rules, as well as drills to complete as part of your prep.

3. Learn How Grammar Rules Are Tested on the GMAT

Practice your GMAT rules with the best. GMATPrep Software or other study resources, target GMAT grammar rules by selecting sentence correction practice questions. As you learn to identify various question types, you’ll become more aware of the way each of the GMAT sentence correction rules are tested on the exam. This will help you learn how to approach each grammar concept as it is presented on the GMAT and how to work through each question type more efficiently, effectively, and accurately.

Regular practice is key to learning the GMAT grammar rules. Remember that shorter is better. One of the major concepts that the GMAT tests is the conciseness of your answers. As a result, short, clear constructions are generally preferred to long and wordy ones. However, there are many exceptions to this rule, and you must judge each question individually.

If you are unable to identify what concept a question is testing, however, working from the shortest answer to the longest can help you stay focused and work systematically. Likewise, if you are stuck between two answers, length can be a helpful “tip” factor to take into account.

As a general rule, conjugated verbs are preferable to gerunds because the latter tend to create wordy and awkward constructions as well as fragments. Answers that include the gerund being are almost never correct and can often be eliminated immediately.

In addition, when the noun form of a word is more idiomatic than the gerund, the noun should be used. The GMAT frequently uses gerunds this way in incorrect answers.

In a passive construction, the normal order of subject and object is flipped.

Passive: y is done by x.

You can also think of this rule as an offshoot of rule number 1: by nature, passive constructions are always wordier and frequently more awkward than active ones.

How to Start GMAT preparation from Scratch