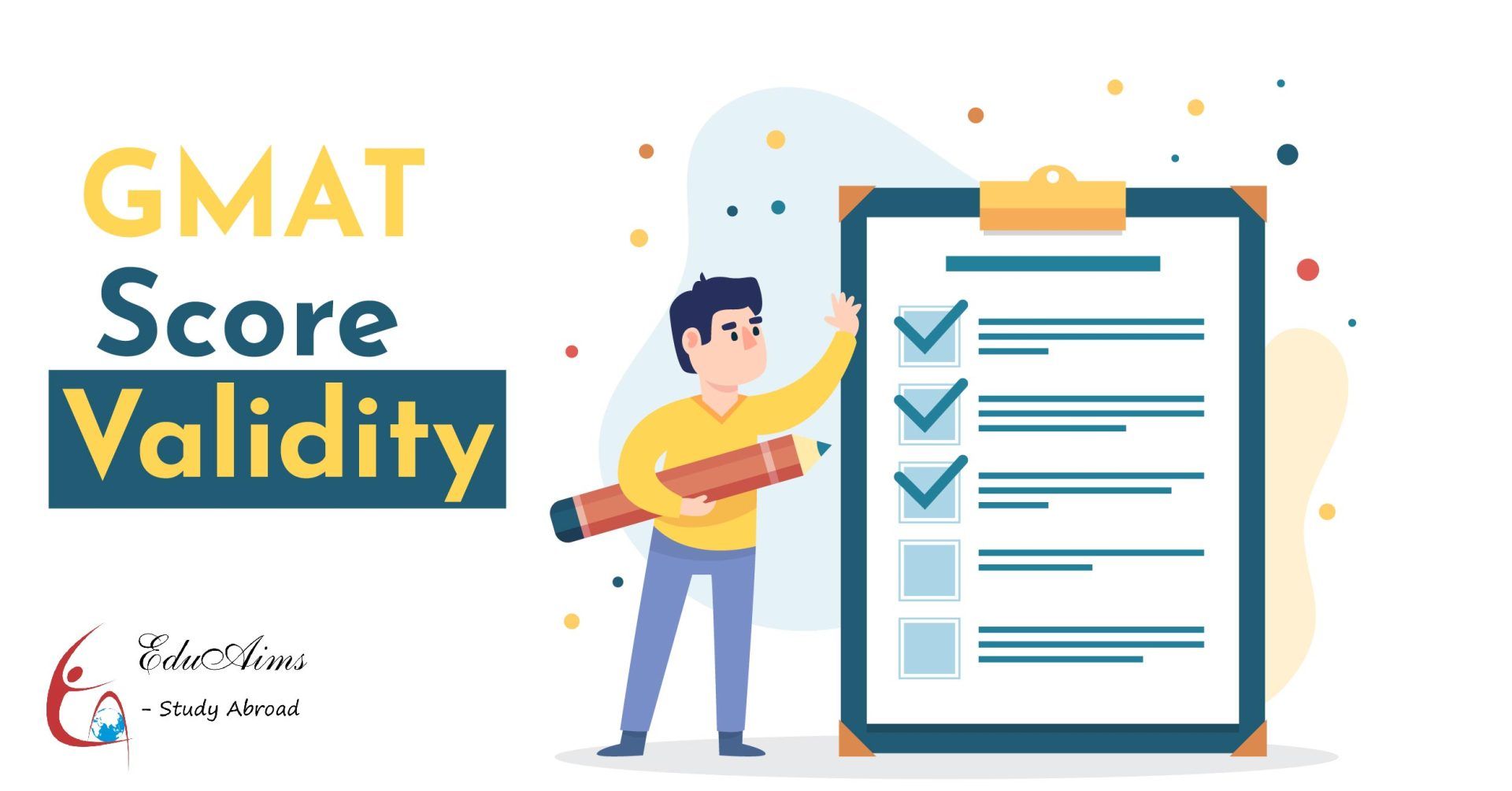 Let’s look into the GMAT score validity 2021. After taking the GMAT exam, you will get your GMAT score report within 20 days of your GMAT exam. Once your scores are reportable, Pearson VUE will send an email. In that email, you may view your report, download, or print your Official Score Report.

Your GMAT scores will be valid for five years and are available for reporting for up to 10 years. Scorer over 10 years old will not be available. So to apply for a course in business and management, you need to submit your five or less than five years old GMAT scores to your chosen college.

If you are thinking of giving the GMAT exam for than once, then keep in mind that a candidate can give a GMAT paper in 16 days. While doing so, the candidate should not exceed the limit over 5 times in a period of 12 months and 8 times in a lifetime.

In India, most of the colleges offer a 2-year MBA year. The 1-year MBA program has gained prominence only in the last 5-7 years. Most have an entrance exam like CAT, XAT etc. The non-resident students who want to pursue a 2-year MBA program can get their admission via GMAT scores.

GMAT is useful for the students who want to get admission for the 1-year MBA program. These scores are validated for almost 5 years. So, if you are a fresh out college student, you could have taken the GMAT exam and still use that score 3 years later.

There is a new deferment program that ISB has started, for the 1-year flagship MBA courses. Their idea is to give admission to the applicant based on GMAT score and other criteria and then defer his/her admission for 2 years so that the student can come after gaining relevant work experience in their 1-year tenure. The average GMAT score needed is 705.

If you are thinking of getting admission to ISB, then the average GMAT Score for ISB has been hovering around 710 for the past few years. Whereas the average GMAT score in 2019 at ISB was 709. If you want to receive an interview call from IS, you need to have a GMAT score above 730+.

In India, many colleges are accepting the GMAT scores. The top MBA colleges in India have started accepting GMAT including ISB, XLRI and many other top B-schools.

If you are an Indian MBA applicant, you can use your GMAT score to apply to MBA programmes in India as well as in foreign B-schools:

We will read about them in detail.

Now, mostly all the colleges are accepting the GMAT score in India. The most wide used MBA program is the one-year MBA program in India.

Here is the list of the colleges that accept the one-year program.

MBA admission is a flagship to 2 year MBA programme and is open for Indian students with GMAT entrance exam scores. This programme is open for about 100 MBA schools in India.

The two-year MBA colleges that accept GMAT scores for Indian students should have GMAT cut off in a range of 650 to 750 or in the percentile score that ranges between 80 and 95. Here are some of the colleges all over India that offers two-year programs-

About almost 500+ of the best MBA colleges in India are accepting the GMAT score of foreign Students for admission. These foreign students include students of Foreign Origin, Non-Resident Indians (NRIs) and the Persons of Indian Origin (PIO).

With the several opportunities available for the GMAT and the colleges that are accepting India, you and many students can take up the advantages and seize the opportunities to get into the best Business Schools in India.

Remember that if you’re preparing for the GMAT exam, then prepare for it the best possible way. You need to score above 750 to get into consideration into the Colleges. If you get a lower grade score then, it will be impossible to get into the best schools.