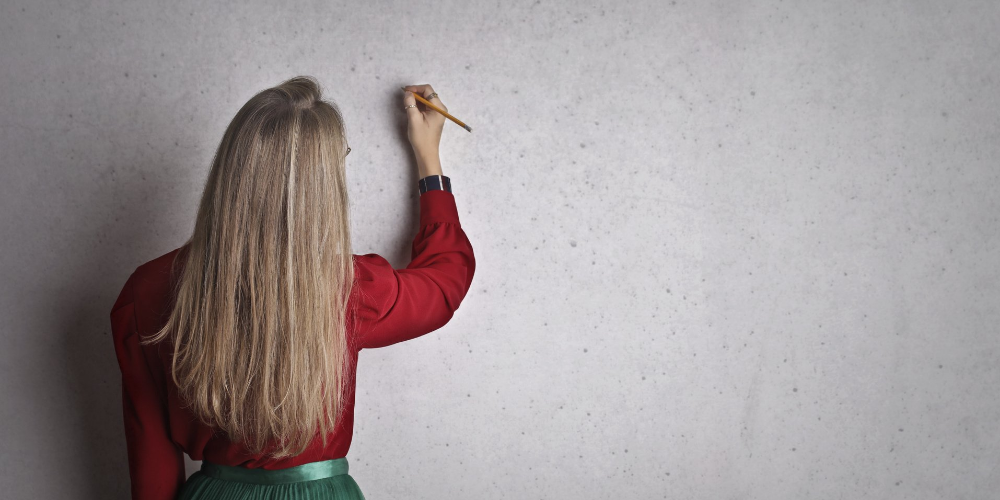 Preparing for the GMAT Analytical Writing Assessment Section is very important for a good GMAT score. With the Graduate Management Aptitude Test or GMAT Analytical Writing Assessment, business schools evaluate the writing abilities of candidates. Separately, it is graded on a scale of zero to six. You get your final grade based on the sum of your scores from both a human and a machine grader.

The duration of the test will be half an hour or 30 minutes.

Tests: Ability to analyze an argument

Detailed guidelines are provided in the GMAT Analytical Writing Assessment for planning and writing the essay. Due to the time constraint, it is tough to read through all the instructions. These guidelines should be memorized ahead of time to save time on the GMAT Analytical Writing exam. The AWA GMAT tests a candidate’s ability to analyze an argument and express their thoughts and ideas clearly.

What exactly is an argumentative essay?

In essence, the candidates are given 30 minutes to compose an analytical essay in which they must critique and evaluate a poor argument (along the lines of a CR Weaken argument).

The AWA score is not taken into account while calculating the overall GMAT score out of 800. Instead, the test-taker obtains points on a scale of 0 to 6, with half-point increments, on a separate score (that is, 0-0.5, 0.5-1, 1-1.5, etc). Your essay will be evaluated and graded by both a machine and a person, and you’ll get your AWA score, as well as your official GMAC results, within 15 days after taking the test. There is a score differential of more than one point between the machine and human scores in certain circumstances. If this occurs, the writing is evaluated by a second human scorer.

What is the significance of the AWA scores?

While it is true that the GMAT overall score is frequently given greater weight, the AWA should not be taken lightly. Almost every business school has its cut-offs for the GMAT general score (out of 800), as well as the AWA score (out of 6). The cut-offs vary from 4 to 4.5, so strive for a score of 4.5 or above to be safe.

You should also follow these recommendations in addition to the GMAT AWA sample papers if you want to do well on the Analytical Writing Assessment.

Determine an argument’s strengths and shortcomings.

The Analytical Writing Assessment assesses a candidate’s ability to think critically and convey his or her thoughts. Within the time limit, analyze the rationale behind a specific argument and write a criticism of that argument.

Get to know the different types of essay prompts.

More practice will aid you in your preparation for the AWA GMAT. You may boost your score by using the essay writing practice program.

Before you begin writing your answer, examine the argument and make a strategy. Once you’ve organized your thoughts, you may schedule your time so that you have time to rewrite your answer.

Ask yourself the following questions while you organize your response:

Can you think of any further counter-examples?

What shaky assumptions underpin the reasoning?

What further evidence may be used to bolster the case?

Is the answer organized and written in entire sentences, as if it were a discussion?

Use pictures and examples that are well-developed. Don’t limit yourself to a list of instances. Develop your ideas. Make your answer read as though it were a conversation. Your essay answer should be well-organized, with logical transitions, complete sentences, and examples that are properly presented and developed.

An examination of an argument

A short argument is presented in this question type, comparable to a statement in a critical reasoning inquiry. Your assignment is to compose an essay that examines the argument’s structure and discusses how compelling or unpersuasive it is to you. Think about the following issues:

So, what’s the verdict?

In proceeding from evidence to conclusion, what assumptions does the writer make?

What proof is utilized to back up the conclusion?

What other explanations may be used to undermine the conclusion?

What kind of proof would be useful in bolstering the case?

Is the reasoning convincing?

What would make it more powerful? Weaker?

OBJECTIVITY IS REQUIRED IN ANALYTICAL WRITING.

The AWA instructions are separated into pieces, and many test-takers skip the “directions” portion, which reads as follows on the official GMAT: “In this section, you will be required to write a criticism of the argument presented.” You will NOT be expected to express your own opinions on the issue.”

A critique is an impartial assessment of the prompt’s argument. Incorporating your viewpoint would amount to a subjective analysis, which is not the goal of analytical writing.

So, how do you develop your objective critique? You may be certain that your Exam Day AWA prompt will follow the pattern indicated here since one of the characteristics of a standardized test is the repeating of patterns between test administrations. The directions will be the same, the argument offered in the question will have recognizable weaknesses, and as a consequence, you’ll be able to plan how you’ll put the parts of your essay together.

THE AWA IS ALL ABOUT CONFIDENCE, SO DON’T WAIT.

The tone of your AWA essay should be formal and confident. You’ve studied the argument and are now presenting your results objectively. So, use forceful words to express yourself. Consider the phrases below:

This argument, in my opinion, is problematic since it is unduly reliant on unproven assumptions.

This argument is faulty because it is unduly reliant on incorrect assumptions.

In a GMAT essay, third-person pronouns (he, she, one) are acceptable. Both first-person (I, us, us) and second-person (you) are ineffective; in fact, needless self-reference (I believe) is one of the reasons why the first example is less successful than the second. This is a kind of qualifier that weakens the impact of your argument.

Descriptors (adjectives and adverbs) and verbs that “soften” the edge of a statement are examples of qualifying language. When compared to just expressing “vague” or “wordy,” the terms “somewhat vague” and “somewhat wordy” have a softer effect. In your GMAT essay, avoid the following qualifiers:

This isn’t an exhaustive list, and certain terms aren’t completely forbidden. However, be sure to utilize useful language and eliminate superfluous qualifiers.

FROM YOUR THESIS STATEMENT, DRAW A CONCLUSION.

But the good times don’t end there. This thesis statement may also be used as a conclusion. A thesis statement, by definition, is a summary of the essay’s primary idea. Remember to ask yourself, “What’s the point?” at the end of every section, argument, assertion, or essay. So, after you’ve established your thesis statement, rearrange the words a little and you’ve got yourself a conclusion.

An example of an introduction paragraph from a sample analytical writing essay is as follows: “The author concludes that the present issue of insufficiently prepared instructors will be resolved shortly.” He cites a state plan that would require teachers to attend education and psychology courses before being licensed as evidence. This argument, however, is incorrect since its conclusion is based on assumptions for which the author provides no proof.”

After the first paragraph, there’s a thesis statement. Take a look at the following example essay’s conclusion statement: “The argument, in its present form, is too reliant on supporting assumptions to be compelling.”

You might add, “Without more supporting evidence, the conclusion cannot be accepted,” if you want a two-sentence conclusion. And now you have a single strong point—your thesis—that fulfils two goals.

So keep in mind the instructions for analytical writing: impartial criticism, no opinion. Your essay’s “point” must be objective, critical, and right, and you should have a conclusion ready to go after you’ve selected this thesis statement.

Each GMAT AWA argument comprises a conclusion as well as evidence, much like Critical Reasoning (CR) questions. Both AWA and CR the gap between these pieces of evidence, and also the conclusions need to be bridged with an assumption. In CR you will look at the assumption based on your argument, while in AWA you will be able to identify various assumptions. Your criticism of the reasoning will highlight the flaws you spot in the reasoning. A common error is to confuse assumptions with weaknesses. But, it’s fine to base an argument upon an assumption if the assumption is rational and confirmed by proof. When it comes to GMAT AWA arguments, the problem is identical: the conclusion rests on assumptions which the evidence is not in support.

The consistent pattern can provide the thesis you need to make. “The author’s argument is flawed because it is based on assumptions for which she does not provide sufficient supporting evidence.” Boom.

BE CONCISE, NOT WORDY

Making use of active verbs and not using qualifiers makes your writing more concise. Speak what you are trying to convey in the shortest words feasible. Think about these sentences:

The manager is thinking that the fact that there’s a hamburger restaurant adjacent to his video store might be causing the store to have greater sales volume and profits than other stores within the chain of video stores.

The manager thinks that it is because the location of a fast-food establishment in his video store influences the store’s sales.

Remember that graders are required to read hundreds of essays, and they only spend an hour or so studying each. The goal is for the reader to understand your arguments immediately Don’t overcrowd your essay with unneeded descriptive words. Remember how the right Sentence Correction answer is usually the shortest (and it is the only one that does not contain the -ing Verbs)? The importance of precision is not recognized in daily life, yet it is highly valued in the writing of a GMAT essay.

What is the way the GMAT AWA essay is scored?

It is the GMAT AWA essay is scored on the following 4 factors:

You can look over some AWA GMAT samples to help you prepare for the writing of an essay. A well-written essay must:

When you know the elements that make up the perfect essay, outline.

Ans. Only the quant and verbal portions make up the composite GMAT score. The Analytical Writing Assessment, sometimes known as the AWA, is graded individually. In reality, it makes no difference to your chances of getting into college.

2. How does an essay affect the GMAT score?

Ans. The GMAT exam will require you to write two essays, as you are undoubtedly aware. Depending on the quality of your work, you will be given a grade out of six. The essay score has no bearing on the exam’s overall score of 800.

3. Does analytical writing matter in GMAT?

Ans. Only the quant and verbal portions make up the composite GMAT score. The Analytical Writing Assessment, sometimes known as the AWA, is graded individually. In reality, it makes no difference to your chances of getting into college. 22-Jun-2016